I Say You're a Dreamer, and I'm Not the Only One.

Imagine John Lennon is more pessimistic than you.

Last week I had the privilege of speaking at Willamette High School's Baccalaureate service, a Christian worship service for graduates.  Each year, it seems to be a smaller event, cobbled together by a smaller group of seniors than the previous class.  You hear stories of the days when half or more of the graduating class participated.


Imagine if those days returned...keep imagining.


One of my friends dubbed this year's ceremony, "Graduation Lite,"  because not one of the well-performed songs was explicitly grounded in the Christian faith.  Two graduates gave testimonies and did a great job, but that's as far as God was directly acknowledged. 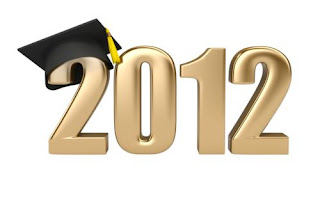 But it was a highly spiritual event, and that is my point.


God and faith were assumed into the backdrop of the occasion.  The musical performances served as expressive prayers, cultural riffs onto the Christian canvas.


Neutral Milk Hotel's, "In the Aeroplane Over the Sea."  The music sings of youthful appreciation in the face of a distant death, but evoked the near experience of death in the form of childhood securities left behind, yet the hope of being held securely by the goodness of God.


And then there was John Lennon.


"Imagine" was beautifully performed by a singer/pianist and a saxophonist.  This was on the spot and unplanned.  It strove to capture the moment in an evocation of the spirit of unity and peace.  I'm sure it hit the spot for many.


But, unfortunately for me, this song might be the most pessimistic prayer for unity I've ever come across.  I'm also biased by this experience of someone singing "imagine there's no heaven, it's easy if you try...no religion too" in our sanctuary as we host a worship service for Christian graduates.


John Lennon's vision of unity is pessimistic because he cannot envision a unity within diversity.

For Lennon, to be "as one" requires the elimination of country, religion, and possessions.  By logical extension, he would also have to advocate the elimination of marriage, family units, and schools, along with other more trivial divisions.


He couldn't even keep his band united!


But wait, isn't heaven the place where everyone is united under One Nation, the Kingdom of God?  Doesn't baptism make us one in Christ, no longer Jew or gentile, male or female, slave or free?  (Galatians 3:28)  Aren't we like angels, not given in marriage to one another?


Is Lennon on to something?


Does the Biblical vision of heaven carry a different sense of unity than Lennon's vision?  Is Lennon pessimistic or just premature?  Leave your comment below!


Imagine there's no heaven, It's easy if you try

No hell below us, Above us only sky
Imagine all the people, Living for today...

Imagine there's no countries, It isn't hard to do
Nothing to kill or die for, And no religion too
Imagine all the people, Living life in peace...

You may say I'm a dreamer, But I'm not the only one
I hope someday you'll join us, And the world will be as one

Imagine no possessions, I wonder if you can
No need for greed or hunger, A brotherhood of man
Imagine all the people, Sharing all the world...
Posted by Unknown at 4:55 PM